Natural Way Health Center promotes holistic health and healing arts. Our purpose is to use the natural way to help people become healthy without medications that have side effects or unnecessary surgery. Our focus is to restore your quality of life.

Natural Way Health Center promotes holistic health and healing arts. Our purpose is to use the natural way to help people become healthy without medications that have side effects or unnecessary surgery. Our focus is to restore your quality of life. 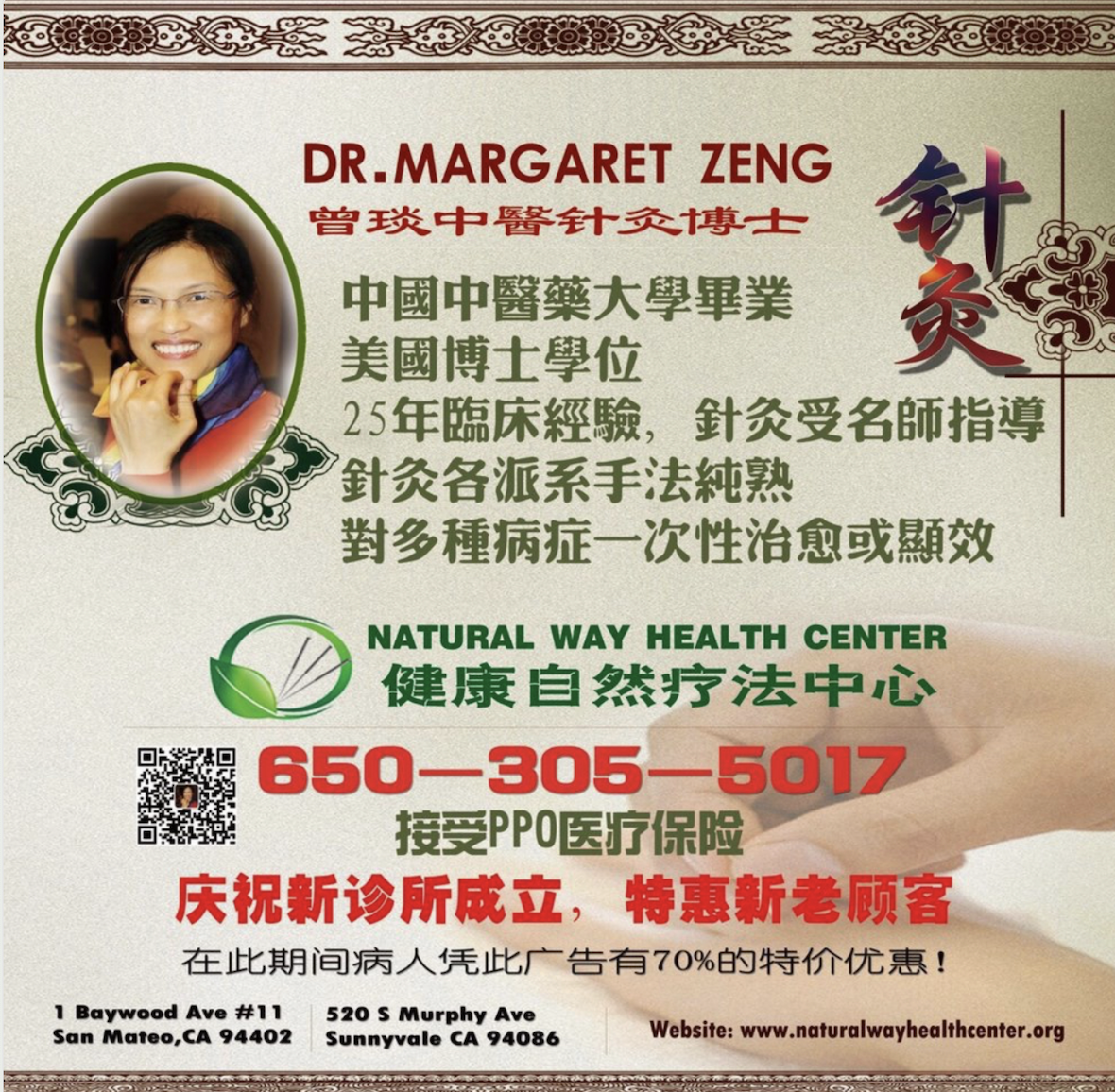 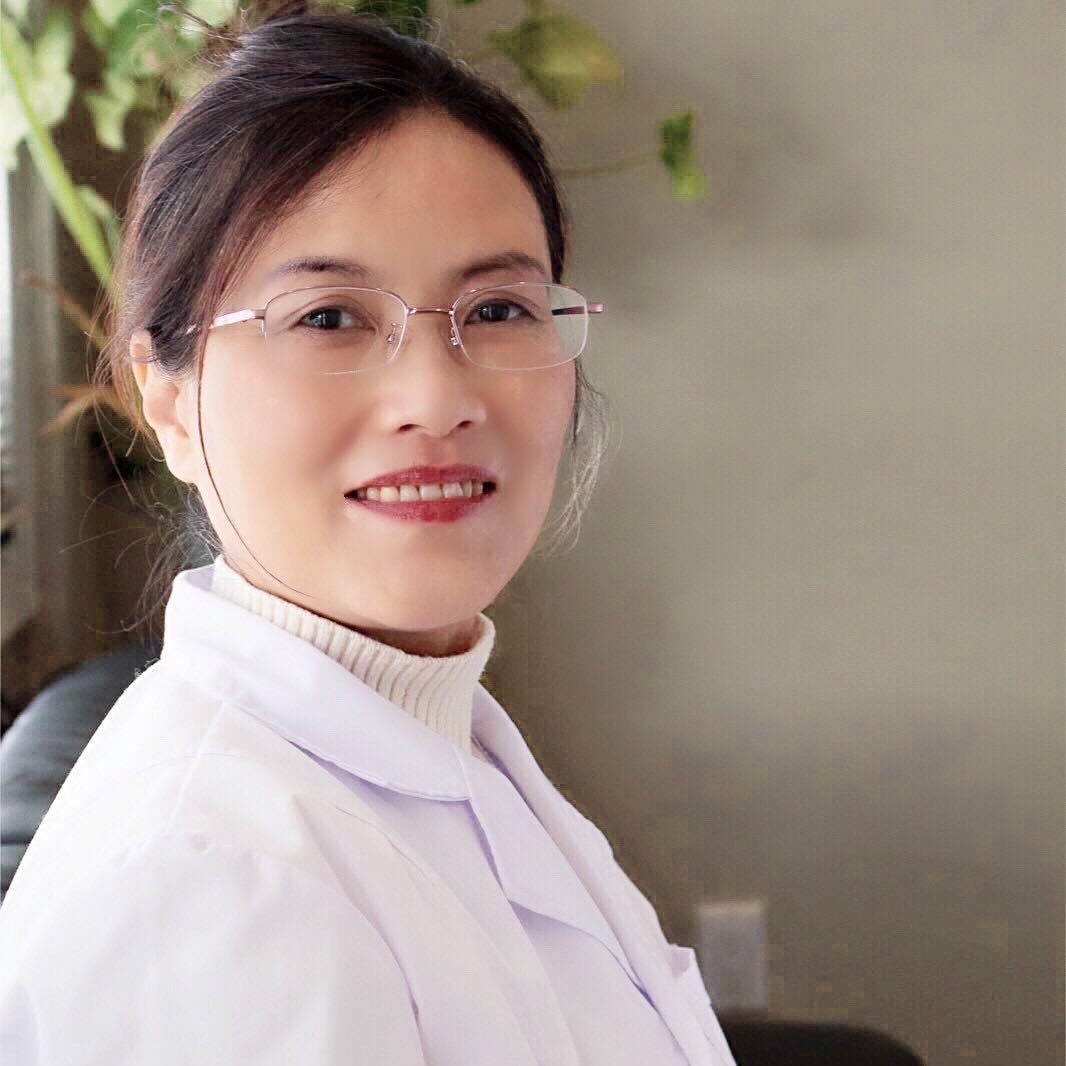 Dr. Zeng has been a traditional Chinese Doctor (TCD) for over 30 years. She provides alternative therapies such as acupuncture, cupping, moxibustion, and herbal medicine to deliver safe and effective Asian bodywork therapy, and to apply the principles of Oriental and natural healing.

She also served as an Internal Medicine Physician in several hospitals and clinics, which handled face to face communication with patients. Combined with the western medicine system, she provided patients with excellent treatments for internal disorders, including inpatient, outpatient, and emergency services.

Learn more about her stories

Overview
Dr. Margaret Zeng has been a traditional Chinese Doctor (TCD) for over 30 years. It has been a privilege for her to share this treasure with the world! It was her childhood experience that led Dr. Zeng to the field of Chinese traditional medicine.
‍
The childhood experience brought Chinese traditional medicine to her life.
At the time she was born, food was scarce and precious in China. Dr. Zeng has three siblings. For a large family, lacking food was ordinary. When her mother gave birth to her, it was difficult to support a healthy pregnancy. Margaret Zeng was born with a digestive absorption disorder and was especially weak as a young girl. The doctors warned her parents that young Margaret might not live long.
‍ 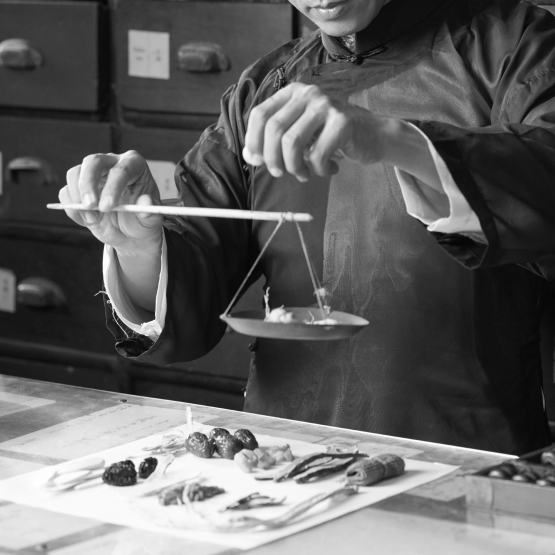 Fortunately, for Dr. Margaret Zeng, her grandfather was a Chinese Herbal Doctor, who lived in the countryside and was well respected and admired. Although he was not a real “doctor” to speak of; in fact, he never went to college. He learned Chinese herbal medicine from his father, –Dr. Margaret Zeng’s great-grandfather, who died in an accident while he was picking precious herbs on a mountain top.

When Dr. Margaret Zeng’s grandfather was a little boy, her great-grandfather would have her grandfather pick up some wood in the mountains, then teach him how to identify the different herbs from the field. For example, when someone in the village got sick, they came to Dr. Zeng’s grandfather’s house, he would merely go out to the field, pick some herbs, and have the patient go home and make an herbal drink from the herbs. The next day the patient would return to her grandfather, overjoyed with excitement that their sickness was cured and have a smile on their face because he had cured them of their ailment. In return, they would bring her grandfather some eggs and vegetables from their garden.

Due to Dr. Margaret Zeng’s condition, her parents sent her to live with her grandfather. Her grandfather had her drink a dark brown, herbal coffee-like drink every day to cure her of her ailment. Also, he would treat her with traditional medicinal techniques. One day she asked her grandfather about the magic of his treatments. To this day, she still remembers his smiling face and laughter, as he told her he would teach her the secret of his techniques. At that point, Dr. Zeng became extremely anxious to learn this critical secret so she could share it around the world. The next morning, while it was still dark outside, her grandfather awoke her telling her she would now begin Taichi lessons. From that day forward, Margaret Zeng persevered from the beginning stages of Taichi that would take her to learn the art for herself. She soon found that her health and strength had improved tremendously, regardless of what doctors had informed her previously. 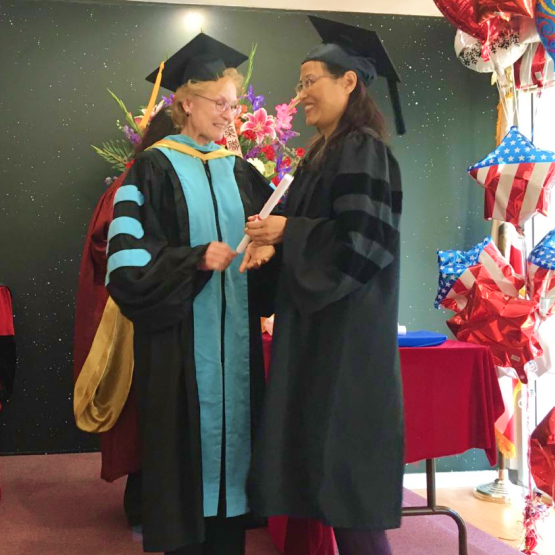 Learn Chinese traditional medicine from her grandfather and studied at the Medical School in China and USA.
It was a fantastic sight to observe as she watched her grandfather heal people. One day she asked her grandfather to teach her all about Chinese herbal medicine. Her grandfather was ecstatic by her choice and taught her well. By the age of sixteen, she passed the examinations necessary for entering a medical school where she learned traditional Chinese medicine. Fortunately, for the sake of proper nutrition, Chinese herbal medicine, and the practice of Taichi, Dr. Margaret Zeng survived the digestive absorption disorder, finished school and left her hometown to spread her vast knowledge.

Enter the real world to heal people
After she graduated from medical school, she joined an A-grade and Three-Level hospital, which is the best hospital in the area.

She also served as an Internal Medicine Physician in three hospitals and clinics. Combined with the western medicine system, she provided patients with excellent treatments for most internal disorders, including inpatient, outpatient, and emergency services. She was also providing unique alternative treatments such as acupuncture, herbal medicine, Qigong, and Tai chi to deliver safe and effective Asian bodywork therapy and to apply the principles of Oriental and natural healing.

Beyond the health benefits from the Traditional Chinese Medicine, the experience and knowledge she has garnered from Taichi practice, her continuing source of inspiration and guidance of her daily life. She has dedicated herself to promoting and sharing this treasure of Chinese culture.

"Dr. Zeng is very warm, kind, patient, and knowledgeable. I came in to see her for a rash that has been going on for years. I was hesitant at first because I did not know much about acupuncture. I am at my 7th visit, and the rash has been getting better. Dr. Zeng is a must-see!"

"Dr. Zeng is really good and helpful. She knows what she is doing. For me, it was really nice to improve my insomnia and breathing problems. After a few sessions, I started feeling full of energy and sleeping through the night, and all the fatigue and tiredness were gone. I highly recommend her to balance your body and improve your health with acupuncture."

"Dr. Zeng is phenomenal. She is extremely knowledgeable about how the body works. I came into her office completely crippled from pain, and within one session, she worked some magic on my back and redistributed the spasms so I can walk again. Amazingly things are always better than when I came in."